“A pleasant movie followed by some delicious food and near to perfect weather. What else could one ask for?” I thought as I came outside the mall in great spirits. But it was time to go home now.

I opened the app to check for all available means of transport. As usual in times of need, nothing ever seemed to be there. “Isn’t the whole purpose of the app defeated?” I wondered.

Deciding to try my luck at the local auto stand I went near the first auto. Until that moment the driver had his back turned and was gossiping with his fellow drivers. But alerted by his spider-sense of a potential passenger turned around and pounced upon me.

“Yes, Yes. Where do you want to go?” he asked loudly. As I mentioned my destination, he nodded in response. “Okay, sit inside,” he said motioning towards his auto.

“That’s all well and good. But how much?”, I asked trying to guess what amount he was likely to quote. He glanced at me, checking me out carefully to estimate my net worth and announced, very coolly a price 4 times the normal rate.

This was neither a peak time nor was it raining to demand such an exorbitant price. I cackled involuntarily at the sheer ridiculousness and started walking away.

Instantly his demeanor changed and his face blazed in fury, as he screamed “Oye! Tell me how much are you willing to pay? Who do you think you are just walking away like that? Answer me.”

His fellow companions who were eavesdropping until this moment ran towards him and restrained his flailing body as spit flew out from his mouth as he continued shrieking. I just kept walking, albeit very shocked realizing how quickly some people could blow their fuse.

Vowing to try only the app from now on, I finally managed to book a carpool. As fate would have it this driver seemed to be even more hotheaded than the previous one. “I am at the location. WHERE ARE YOU? SHALL I CANCEL?” he growled as I answered his call.

“But you just got there!” I replied bewildered. “ Hang on, I am coming.” I had to take a couple of steps from my place to reach the cab and got in. The moment he confirmed my ride he promptly asked me to pay the amount in a no-nonsense approach and I hastily complied.

As he resumed the ride he seemed to be only getting angrier and kept muttering curses under his breath. I glanced at my fellow passenger to see if he had any reaction, but with his headphones plugged in, he couldn’t even be bothered about such trivial things.

Meanwhile, the driver started listening to some audio which sounded like a person ranting. I hoped it wasn’t his recordings as I could make out the words “society is trash, life has very little meaning,” and he was nodding in agreement.

Deciding to imitate my fellow passenger I plugged in my headphones and tried to keep myself distracted. However, this proved to be challenging enough, as the driver sped the vehicle the minute he found even the slightest hints of empty spaces on the road but would abruptly stop since the gap would quickly be filled by a random vehicle.

This resulted in me swinging back and forward like a pendulum several times and the seat-belt groaning every time it had to stop my body. In what can only be described as a moment of foolishness I turned my head in annoyance in his direction. He looked at me with bloodshot eyes which dared me to question him.

Yeah, not a good idea to challenge the person who holds your life in his hands.

After what seemed like an eternity he dropped off my fellow passenger who quite impressively slammed the door and left. This promptly triggered a stream of explicit curses from his mouth which seemed to flow like a waterfall.

As he further sped the car, I was amazed that with the unpredictable traffic and his erratic driving, no collision had occurred yet. No sooner did I complete that thought a car grazed the mirror on his side.

Time stopped, as he stopped the car and poked his head out.

My heart went into a frenzy as I genuinely thought I would be a witness to a murder at that moment. What further added to my anxiety was the thought that I might be the only witness and he would realize that.

Luckily the car had escaped by then and the driver had no choice but to continue. I relaxed and prayed that this would get over soon.

The universe often tends to test your limits. Even though he seemed to be like a volcano ready to erupt at a moment’s notice, another passenger attempted to book the ride.

And then the volcano erupted.

He screamed at the phone and abused the screen to an extent where instead of responding to the reject button which he smashed, it did the opposite and accepted. Maybe it had grown tired of him too. If the machines ever rise in revolt against humans, I know who would be in their hit list.

Even as he picked up the new passengers, he kept muttering that people had no other work and they always had to go to someplace or the other and bother him. I shrugged as I realized hating one’s job is quite common. Nothing unusual there.

As all things must come to an end, this ride came to an end too. I removed my seat-belt which had resigned from it’s job after too much overtime. I whispered to the car to stay strong before finally getting down.

And as the car drove away I realized he was the true embodiment of fast and furious. Who knows? Maybe one day he might get recognized for the very same thing and even go viral. Crazier things have occurred. On that day I might even cherish these memories.

I heard a car screeching in distance and some faint screams interrupt my musings.

Yeah, I don’t see that happening.

Once upon a time in a distant land, a group of friends suggested a person that instead of writing in his personal journal, he write it somewhere else. Ever since that day he creates profiles in my name, writes stories and nags the very same people to read them. It is said that the wails of those people can still be heard at night. View all posts by prajwaleliya

11 thoughts on “The Fast and Furious” 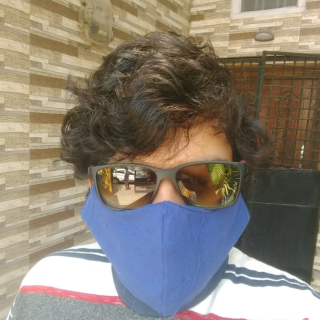 Once upon a time in a distant land, a group of friends suggested a person that instead of writing in his personal journal, he write it somewhere else. Ever since that day he creates profiles in my name, writes stories and nags the very same people to read them. It is said that the wails of those people can still be heard at night.

Thoughts that provoke yours.

Into the Light Adventures

ALL IN ALL NICHE

Almost Everything ..... Every Niche

...and if anyone forces you to go one mile, go also the second mile

Check out Serpents Underfoot and Adirondack Bear Tales on Amazon.com

Writing and photography from chrisbj, it's never too late